This Remembrance Sunday – we remember and honour those who have sacrificed themselves to secure our freedom and those who continue to serve in our armed forces protecting our nation. 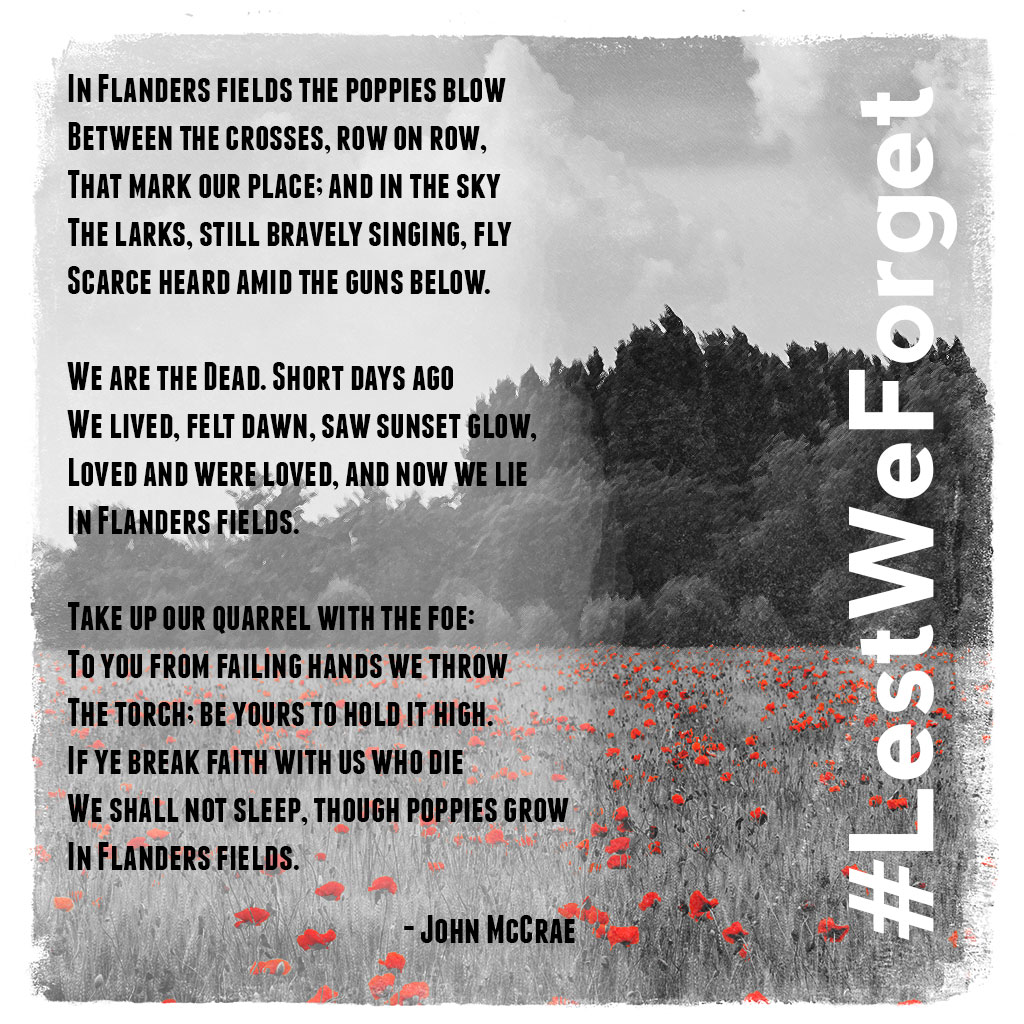 In the Spring of 1915, shortly after losing a friend in Ypres, a Canadian Doctor, Lieutenant Colonel John McCrae was inspired by the sight of poppies growing in battle-scarred fields to write this now famous poem called ‘In Flanders Fields’. After the First World War, the poppy was adopted as a symbol of Remembrance.